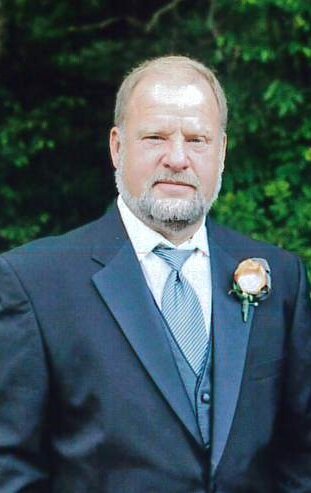 Please share a memory of William to include in a keepsake book for family and friends.
View Tribute Book

William J. “Billy” Kolish, 65, of Winamac, IN passed away unexpectedly at IU Methodist in Indianapolis, IN at 11:38 am on Sunday, January 15th, 2023. He was born on August 9th, 1957, in Knox, IN, to Billy Joe and Fafalene “Fluff” [Howard] Kolish. He graduated from Winamac High School in 1977.  A rivalry football game in October of 1977 between Winamac and North Judson brought him together with the love of his life, Linda Lambert and they were married on March 18, 1978 at the Methodist Church in Winamac. They had two children, Chad and Beth.  Billy was a lifelong member of the Winamac FOE #2580 and Indiana Pulling League.

Bill was called a character by many. Some loved him, some despised him and sometimes for the same reason, but to know him was to be entertained. He loved racing and pulling. He started his pulling career in mud bogging in Plymouth, IN with his brothers and progressed to 2wd and 4wd trucks where he pulled with his father and his son and occasionally his reluctant daughter.  He progressed to tractors where he was the points champion in Altered Farm, Hot Farm and Super Stock. He was never ashamed to jump a class and grab the last place check. Sometimes he was the pull because of all his trucks and tractors. One dark and cool night in Rensselaer, IN he came out of the smoke to become the only Altered Farm to win the Hot Farm class. The things that tickled Bill didn’t always tickle other people. He was proud of the fact that he had been to every NASCAR track in the U.S., Canada and Mexico while working the NASCAR circuit with Todd Braun’s racing team. He even became infamous for a fight in the pits with a rival team. You didn’t mess with his friends or people he loved.  Bill’s fondest memory from racing was spinning Tony Stewart out on a Go-Kart track. He got such a kick out of that story and it always managed to bring out his mischievous grin and his ornery chuckle.

Bill was a collector of fine things and a purveyor of treasures. Others might not see it that way but he didn’t care. He was quick to anger and quick to drop everything and help. He would give the clothes off his back to someone in need. He helped many strangers and many friends and worried over the less fortunate. Most of Bill’s recent animals came from stray pigs, deer or goats he found in the field. He loved those goats. No one would’ve guessed that he of little patience would come to love something that would run at you full force and head butt you for fun. He had a tough exterior and a heart of gold.

“The sad part of it is,” he still had so many projects he never got to finish and so many ideas only half-formed. He will be missed by many far and wide.

Many nieces, nephews and cousins

Proceeded in death by:

Funeral Services will be held at 10 AM EST Saturday, January 21, 2023 at Frain Mortuary in Winamac, IN with Chaplain Teri White officiating.

Private Burial will take place at a later date.

Memorial Contributions may be made to Winamac FOE #2580.

To send flowers to the family or plant a tree in memory of William Kolish, please visit Tribute Store
Friday
20
January

Look inside to read what others have shared
Family and friends are coming together online to create a special keepsake. Every memory left on the online obituary will be automatically included in this book.
View Tribute Book
Share Your Memory of
William
Upload Your Memory View All Memories
Be the first to upload a memory!
Share A Memory
Send Flowers
Plant a Tree