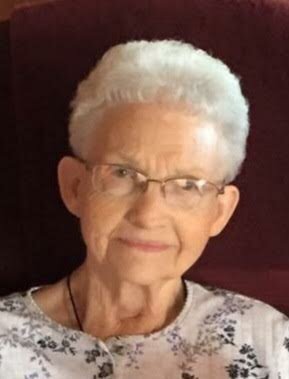 Please share a memory of Mary to include in a keepsake book for family and friends.
View Tribute Book

Mary Ellen Link, 93, of Monticello, IN (formerly of Pulaski, IN) passed away on Tuesday, December 27, 2022 at White Oak Health Campus in Monticello.  She was born on March 19, 1929 in Francesville, IN to the late Charles Gilbert and Jessie Lee [Ren] Parker.  Mary graduated from Francesville High School.  On June 4, 1947, she married Donald Paul Link at St. Joseph Catholic Church in Pulaski.  Don passed away on October 11, 2009.  Mary was a loving and devoted farm wife and mother.  She especially enjoyed spending time with her grandchildren and great grandchildren.  She was a member of St. Joseph Catholic Church in Pulaski and the Christian Mothers of the Church.

A Funeral Mass will be held at 11 AM EST Tuesday, January 3, 2023 St. Joseph Catholic Church in Pulaski, IN.

Burial will take place at St. Joseph Cemetery West in Pulaski, IN.

Memorial Donations may be made to the Christian Mothers of the church.

To send flowers to the family or plant a tree in memory of Mary Link, please visit Tribute Store
Monday
2
January

Look inside to read what others have shared
Family and friends are coming together online to create a special keepsake. Every memory left on the online obituary will be automatically included in this book.
View Tribute Book
Share A Memory
Send Flowers
Plant a Tree