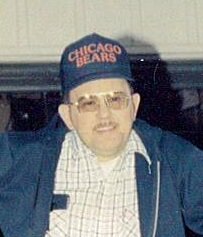 John Joseph Tidwell, Sr., 80, of Westville, IN passed away on Saturday, December 24, 2022 at Franciscan Health Hospital in Michigan City, IN.  He was born on March 12, 1942 in Gary, IN to the late Easley Richardson and Helen Mildred [Strinchak] Tidwell.  John served in the US Army and the Indiana Army National Guard.  He was a 50 year member of Porter Lodge #137 F&AM.  John worked at ANCO/Federal Mogul for 41 years.  On April 15, 1991, John married Eldora Louise [Wiegand] Ferrell in Sevierville, TN.  They loved traveling together and especially enjoyed visiting Tennessee as well as staying at their getaway in Francesville, IN.  He also enjoyed camping, fishing, and woodworking.  He was an avid genealogist.  Most of all, John loved spending time with his family.  He will be dearly missed by all who knew and loved him.

Per John’s wishes, no services will be held.

Private Burial will take place at Roseland Cemetery in Francesville, IN.  The American Legion will conduct Military Graveside Services.

Memorial Contributions may be made to Wounded Warrior Project.

To send flowers to the family or plant a tree in memory of John Tidwell, Sr., please visit Tribute Store