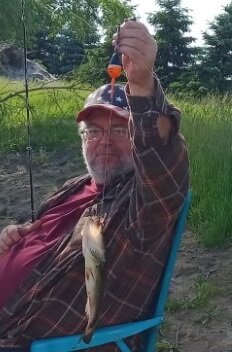 Please share a memory of Robert to include in a keepsake book for family and friends.
View Tribute Book

Robert Wayne Hoover, 61, of Knox, IN (formerly of Avilla, IN and Winamac, IN) passed away on Friday, December 9, 2022 at Northwest Health Hospital in LaPorte, IN.  He was born on April 21, 1961 in Logansport, IN to the late William H. and Pauline Mae [Rose] Hoover, Jr.  Robert graduated from Winamac High School in 1980.  He had worked at numerous factories, including Winamac Coil Spring, Nesco, and Galbreath.  He had also helped install field tile with Neidlinger and delivering trailers for Hoosier Transport.  Robert enjoyed fishing, gardening, cooking, playing computer games, and sewing.  He will be dearly missed by all who knew and loved him.

Private Family Graveside Services will be take place at a later date.

Entombment of Cremated Remains will take place at Winamac Cemetery.

To send flowers to the family or plant a tree in memory of Robert Hoover, please visit Tribute Store

Look inside to read what others have shared
Family and friends are coming together online to create a special keepsake. Every memory left on the online obituary will be automatically included in this book.
View Tribute Book
Share Your Memory of
Robert
Upload Your Memory View All Memories
Be the first to upload a memory!
Share A Memory
Send Flowers
Plant a Tree