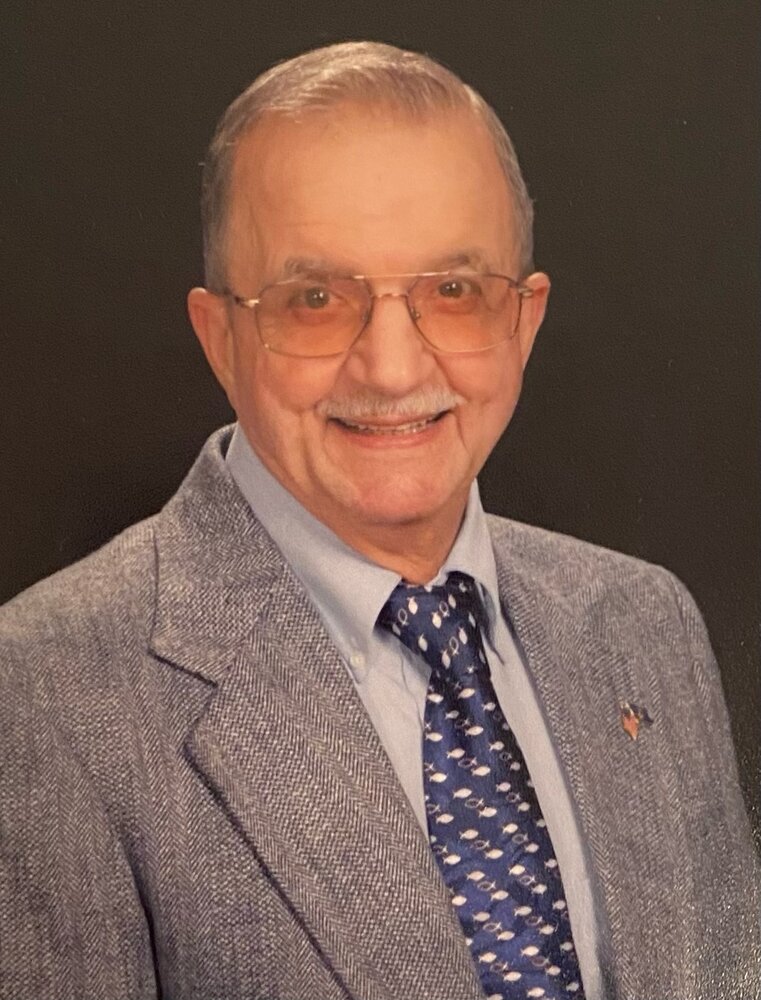 Donald Dean Van Meter, 85, of Monon, IN went home to be with the Lord on Friday, December 2, 2022.  He passed away peacefully at home following a brief illness.  Don was born on June 20, 1937 on a small farm East of Francesville, IN to the late Marion E. and Anna M. [Fields] Van Meter.  In 1955, following his graduation from Roosevelt High School in Monticello, IN, he enlisted in the US Navy.  In 1959, Don married Helen Wilson and they had two daughters, Denise and Deborah.  Don served his country for 20 years, retiring in 1975 as a Chief Data Processing Technician.  After retiring from the Navy, Don worked as a clerk at the Lafayette Post Office for 22 years.  While working at the post office, he met Karen Pixey.  They married in 1992 and Don inherited three more children: Daniel, Phillip, and Barbara.

Don was a longtime member of the Medaryville Christian Church where he served as a Deacon.  He was an avid golfer and especially enjoyed playing at Myrtle Beach, SC and Biloxi, MS.  Don was honored to receive a Quilt of Valor several years ago.

Visitation will be from 9-11 AM EST Friday, December 9, 2022 at the Medaryville Christian Church.

Funeral Services will be held at 11 AM EST Friday, December 9, 2022 at the Medaryville Christian Church with Pastor Tony Schabel officiating.

Burial will take place at White Post Cemetery in Medaryville, IN.  The American Legion will conduct Military Graveside Services.

Memorial Contributions may be made to the Medaryville Christian Church.

Arrangements have been entrusted to Frain Mortuary Querry-Ulbricht Chapel in Medaryville, IN.

To send flowers to the family or plant a tree in memory of Donald Van Meter, please visit Tribute Store
Friday
9
December

Look inside to read what others have shared
Family and friends are coming together online to create a special keepsake. Every memory left on the online obituary will be automatically included in this book.
View Tribute Book
Share Your Memory of
Donald
Upload Your Memory View All Memories
Be the first to upload a memory!
Share A Memory
Send Flowers
Plant a Tree