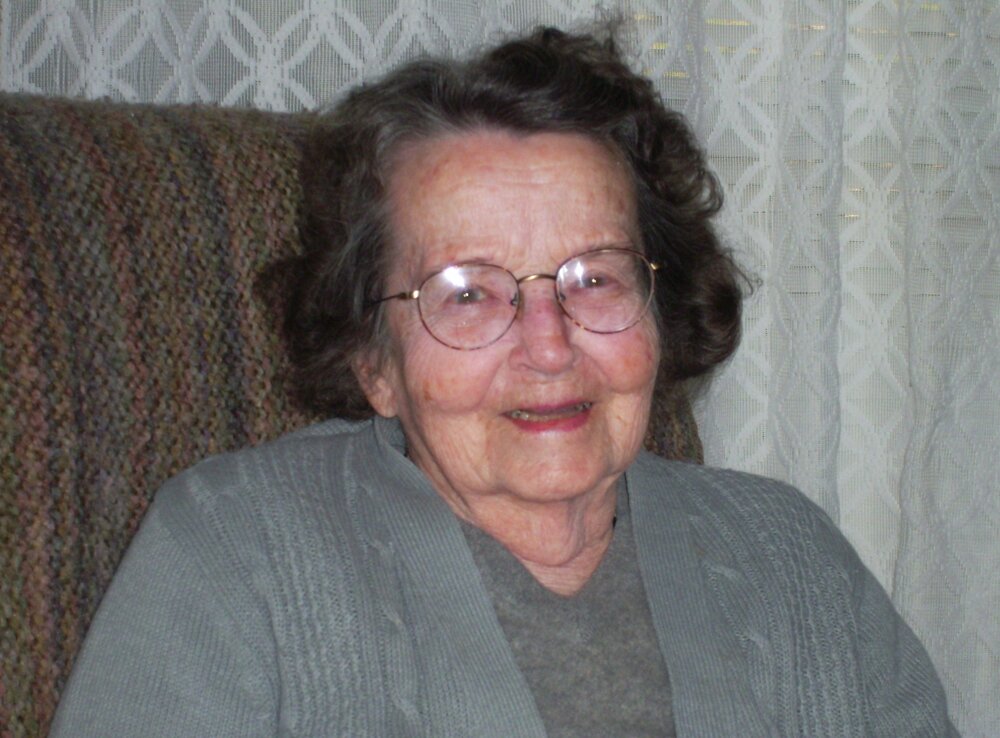 Please share a memory of Marjorie to include in a keepsake book for family and friends.
View Tribute Book

Marjorie Mae Thomas, 99, of Winamac, IN passed away at 3:35 AM Monday, November 21, 2022 at Pulaski Health Care Center in Winamac.  She was born on May 25, 1923 in Winamac to the late Harry and Lydia [Frieske] Freeman.  Marjorie was a 1941 graduate of Center School in rural Winamac.  After her high school graduation, she completed Beauty College in South Bend, IN.  On October 10, 1942, Marjorie married Robert M. Thomas.  He passed away on June 2, 2004.  Throughout the late 1950’s and early 1960’s, Marjorie and Robert were partnered with Thomas Brothers Shelling & Hauling.  They farmed from 1962 until retirement.  Marjorie loved spending time with her family and reading as well as bird and wildlife watching.

Private Graveside Services will be held at Winamac Cemetery (McKinley Addition) in Winamac, IN.

To send flowers to the family or plant a tree in memory of Marjorie Thomas, please visit Tribute Store

Look inside to read what others have shared
Family and friends are coming together online to create a special keepsake. Every memory left on the online obituary will be automatically included in this book.
View Tribute Book
Share Your Memory of
Marjorie
Upload Your Memory View All Memories
Be the first to upload a memory!
Share A Memory
Send Flowers
Plant a Tree