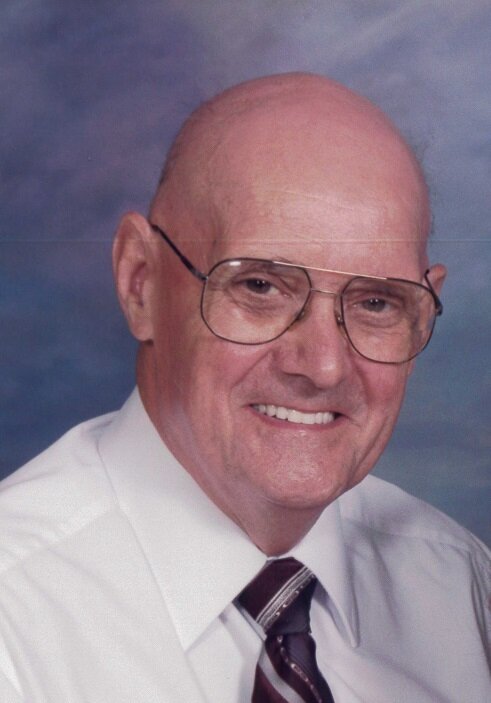 Please share a memory of Royal to include in a keepsake book for family and friends.
View Tribute Book

Royal Garland “Jack” Fites, Jr., 91, of Winamac, IN passed away on Friday, September 2, 2022 at the Pulaski Health Care Center in Winamac.  Jack was born September 3, 1930 in Winamac to the late Hazel A. [Hewitt] and Royal Garland “Jack” Fites, Sr. He graduated from Winamac High School in 1948. Jack married Pauline Elizabeth Becker on January 3, 1953 at St. Peter’s Catholic Church in Winamac. He was preceded in death by Pauline on October 10, 2017.

While in high school, Jack worked at the newspaper in town and at Fitz’ Garage. He entered the US Army during the Korean War and was proud to be a paratrooper in the 11th Airborne Division. After leaving military service, he attended business school to become an accountant. Jack then worked for Courier Newsome in Logansport, North Express in Winamac, and finally retired from Biggs in Lafayette.

Jack loved his family and delighted in visits from them. He was also involved in many organizations in town including: The Fraternal Order of the Eagles, Knights of Columbus where he served as Grand Knight and was a 4th degree member, and the American Legion. Jack continued to attend St. Peter’s Catholic Church through the years.

Those who knew Jack were aware of his love for tinkering with tools and engines, inventing gadgets, working in his yard, assisting Pauline with her garden, and his many woodworking projects. In recent years he enjoyed ordering pizza from the local Pizza Hut when family came into town, conversing with local business employees regularly, and rumor has it that he earned notoriety as the devoted husband who walked to the cemetery daily to visit his beloved wife Pauline’s final resting place.

Jack delighted in his constantly growing family. He will be greatly missed by those who knew him and loved him and the many lessons he taught will live on for generations to come.

A Scriptural Wake Service will be held at 3:30 PM EDT Thursday, September 22, 2022 at Frain Mortuary in Winamac with Rev. Leroy Kinnaman officiating.

The Rosary will be recited at 7:30 PM EDT Thursday, September 22, 2022 at Frain Mortuary in Winamac followed by Knights of Columbus Service.

A Funeral Mass will be held at 10:00 AM EDT Friday, September 23, 2022 at St. Peter’s Catholic Church in Winamac with Rev. Leroy Kinnaman officiating.

Burial will take place at St. Peter’s Cemetery in Winamac.  The American Legion and VFW will conduct Military Graveside Services.

Memorial Contributions may be made to St. Peter’s Cemetery or Memorial Swinging Bridge Fund.

Arrangements have been entrusted to Frain Mortuary in Winamac.

To send flowers to the family or plant a tree in memory of Royal Fites, Jr., please visit Tribute Store
Thursday
22
September

Look inside to read what others have shared
Family and friends are coming together online to create a special keepsake. Every memory left on the online obituary will be automatically included in this book.
View Tribute Book
Share Your Memory of
Royal
Upload Your Memory View All Memories
Be the first to upload a memory!
Share A Memory
Send Flowers
Plant a Tree