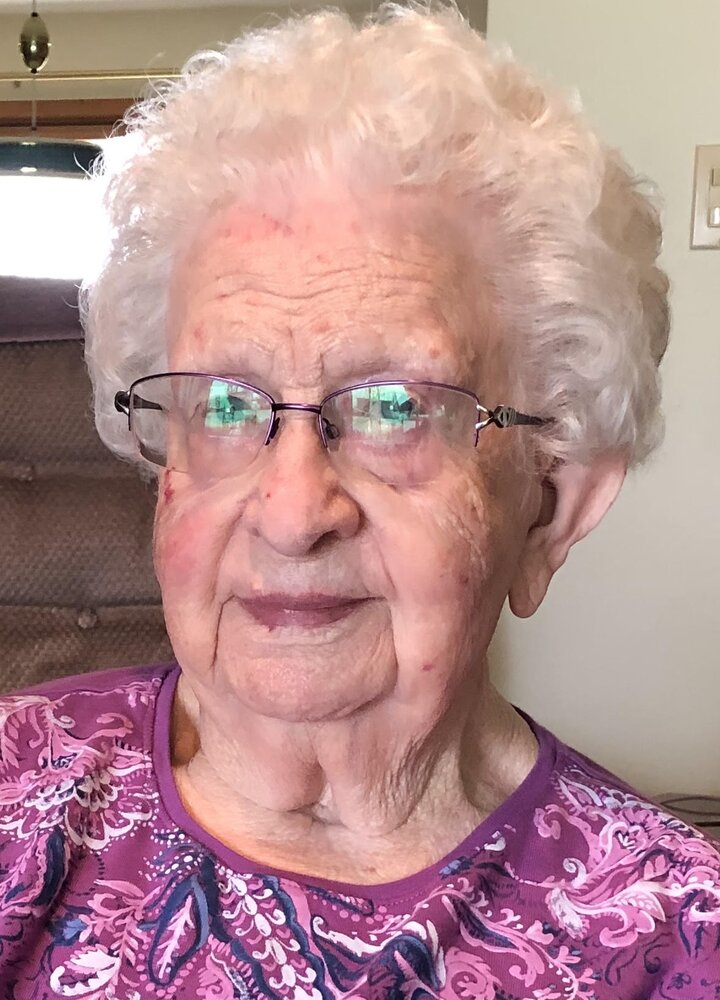 Mary E. Miller, 97, of Star City, IN passed away on Sunday, June 12, 2022 at White Oak Health Campus in Monticello, IN.  She was born on March 14, 1925 in Star City to the late Adolph and Mollie [Huff] Tack.  Mary graduated from Star City High School in 1943 and went on to become a licensed beauty operator.  On February 14, 1950, she married Walter F. Miller in Crown Point, IN.  He passed away on December 11, 1989.  Mary was a dedicated farm wife and mother.  She enjoyed gardening and canning as well as making delicious food for her family.  She also enjoyed sewing, crocheting, and playing cards.

Graveside Services will be held at 11 AM EDT Thursday, June 16, 2022 at Star City West Cemetery in Star City, IN with Pastor David Norris officiating.

To send flowers to the family or plant a tree in memory of Mary Miller, please visit Tribute Store
Thursday
16
June