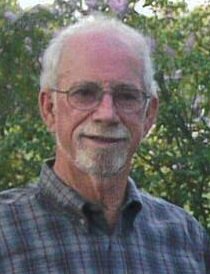 Richard E. Lowry, 84, lifelong resident of Francesville, IN passed away at home on Wednesday, May 18, 2022 following a 6 month illness.  He was born on July 5, 1937 in Francesville to the late Donald H. and Alice Catherine [Bayless] Lowry and was raised on the family farm in rural Salem Township.  Richard graduated from Francesville High School in 1956.  On January 13, 1957, he married Martha Lou Jones in Francesville. In 1972, they moved to the current farmstead in rural Beaver Township.  Richard was a member of Francesville First Christian Church, where he served as a deacon for several years.

Richard enjoyed attending tractor shows and talking with fellow collectors of Minneapolis Moline tractors, especially the Prairie Gold Rush Club.  He had collected 100 tractors and loved showing them.  He had several tractors that were photographed for calendars and magazines as well as being showcased on RFDTV.  People recognized Richard everywhere as “Mr. Moline”.

Visitation will be from 3-7 PM EDT Sunday, May 22, 2022 at Frain Mortuary Querry-Ulbricht Chapel in Francesville, IN.

Funeral Services will be held at 11 AM EDT Monday, May 23, 2022 at Frain Mortuary Querry-Ulbricht Chapel in Francesville, IN with Pastor James Ketchen officiating.

Private Burial with Military Honors will take place at Roseland Cemetery in Francesville, IN.

Memorial Contributions may be made to Francesville First Christian Church.

To send flowers to the family or plant a tree in memory of Richard Lowry, please visit Tribute Store
Sunday
22
May

Look inside to read what others have shared
Family and friends are coming together online to create a special keepsake. Every memory left on the online obituary will be automatically included in this book.
View Tribute Book
Share Your Memory of
Richard
Upload Your Memory View All Memories
Be the first to upload a memory!
Share A Memory
Send Flowers
Plant a Tree