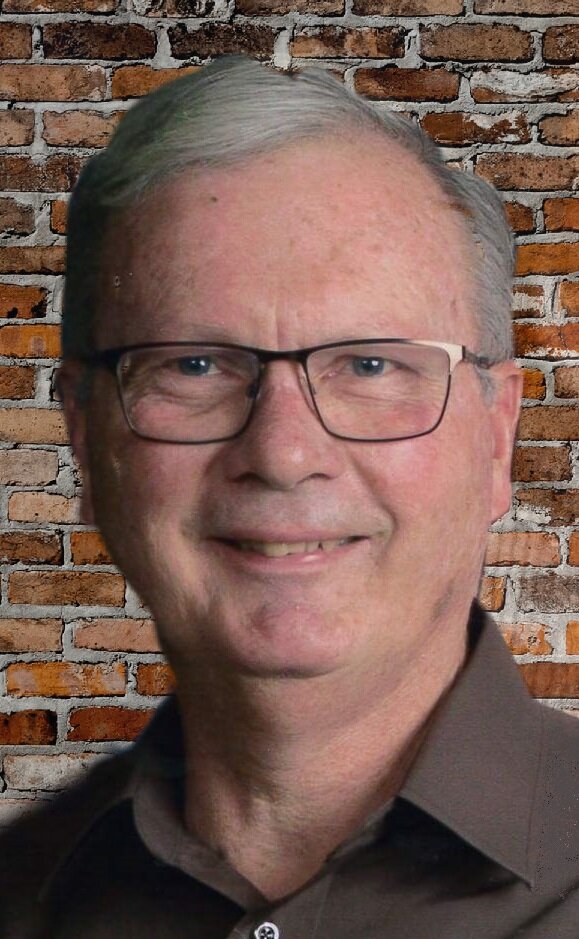 Richard Lee Dilts, 71, of Winamac, Indiana went home to his Heavenly Father on Friday, April 8, 2022. He was born on January 17, 1951 to the late Richard Lewis and Clara Jane [Ballard] Dilts, also of Winamac. Ricky Lee met the love of his life, Becky Kuszmaul, at the age of 14. He pedaled her home from cheerleading practice between his handlebars, and they never looked back. Through Winamac High School (1969) and Purdue University (1973) the two of them traveled this life together, hand-in-hand. From their marriage as young college juniors in 1971 to their 50th wedding anniversary surrounded by family in 2021 - they had a love for the ages.  Left to cherish Rick’s memory are his wife, Becky Dilts of Winamac; sons, Jason (Jen) Dilts of Liberty, MO, Jeremy Dilts of Winamac, and Derrick (Emily) Dilts, of West Lafayette, IN and his many grandchildren (each of whom was loved by their doting Pop). It was important to Poppa Rick that they know they were loved and know it they do. He is also survived by his big sisters, Mary Ann (Daryl) Carey of Plymouth, MI and Carolyn (Larry) Hays of Odessa, FL; sister-in-law Rita (Ken) Layton of LaPorte, IN; and several nieces and nephews.

Rick was active in the community and in his church. He was a 49-year and 4th generation Master Mason and Past Master of Winamac Lodge #262 F&AM. He so dearly loved his brothers in lodge. He was a lifetime member of Winamac First United Methodist Church, where he sang (he would argue not beautifully) in the choir.  He also served as a church trustee and in numerous other positions. For 40+ years, Rick could be heard playing taps at the Pulaski County Courthouse on Memorial Day and Veterans Day as well as at countless military graveside services in the surrounding area. He did it because it needed done, and he was able to do it. It is why he did so many things. Through his life he was active in Kiwanis Club, United Way, Pulaski County Historical Society, and other community endeavors. He would tell you he played trumpet for the Purdue Marching Band, followed by sub-par backup trumpet for the Tuxedo Junction, followed by 30 years playing trumpet and percussion for BandOver. Those BandOver Sunday afternoon practices were so very precious to him. Ricky Lee secretly rocked.

Rick had different jobs throughout his working life - all done well - but none defining him as a man. His life’s greatest work can be found north of Winamac in a meadow in a small woods. It was there that he spent 35 years, steadily working alongside his wife. Together they turned his vision of a place of joy for future grandkids into reality. What began as a few scrub-filled acres was slowly and methodically transformed into a park, complete with a renovated old migrant shack, then a barn and windmill, relocated and improved piece by piece, and finally with the crown jewel, a handmade log cabin for all to enjoy. Rick Dilts, a man of few words, steadfastly went about creating a kid-kingdom of happiness for his grandchildren. It was there that he watched them play, laugh, and grow. It is his greatest personal legacy, and it very much survives him. It will survive us all.

Visitation will take place from 4-8 PM EDT Sunday, April 10, 2022 at Winamac First United Methodist Church and one hour prior to services at the church Monday.

Masonic Services will be held at 3:30 PM at the church Sunday.

Burial will take place at a later date at Winamac Cemetery.

Memorial Contributions can be made to the Winamac First United Methodist Church or by honoring Rick’s memory with kindness to others. Be nice to each other and respect each other - even if you don’t agree with each other. Tolerate your fellow man. Love your spouse, love your kids, then love their kids, and always love your God. It’s the greatest memorial you can pay to a man who embodied all of these things in a life lived so exceedingly well.

To send flowers to the family or plant a tree in memory of Richard Dilts, please visit Tribute Store
Sunday
10
April

Look inside to read what others have shared
Family and friends are coming together online to create a special keepsake. Every memory left on the online obituary will be automatically included in this book.
View Tribute Book
Share Your Memory of
Richard
Upload Your Memory View All Memories
Be the first to upload a memory!
Share A Memory
Send Flowers
Plant a Tree