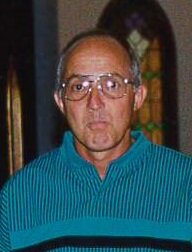 Please share a memory of Merle to include in a keepsake book for family and friends.
View Tribute Book

Merle Larry Ezra, 78, lifelong farmer from Winamac, IN, passed away at his home on Monday, January 17, 2022.  He was born on August 22, 1943 in Winamac to the late Merle Emory and Wanetta Emaline [Allen] Ezra.  Larry graduated from Winamac High School in 1961 and served in the US Army National Guard.  He was a member of the Indiana American Legion.

Larry was a hardworking farmer and was very knowledgeable about raising sheep and hogs.  For many years, he owned and operated a Christmas tree farm.  He enjoyed the outdoors and attending the annual Power Show at the Winamac Town Park.  Larry imparted a lot of wisdom to his children and grandchildren.  He will be missed by those who knew and loved him.

Funeral Services will be held at 3 PM EST Saturday, January 22, 2022 at Frain Mortuary in Winamac, IN.

Burial will take place at Winamac Cemetery in Winamac, IN.  The American Legion and VFW will conduct Military Graveside Services.

Memorial Contributions may be made to Pulaski Animal Center.

To send flowers to the family or plant a tree in memory of Merle Ezra, please visit Tribute Store
Friday
21
January

Look inside to read what others have shared
Family and friends are coming together online to create a special keepsake. Every memory left on the online obituary will be automatically included in this book.
View Tribute Book
Share Your Memory of
Merle
Upload Your Memory View All Memories
Be the first to upload a memory!
Share A Memory
Send Flowers
Plant a Tree