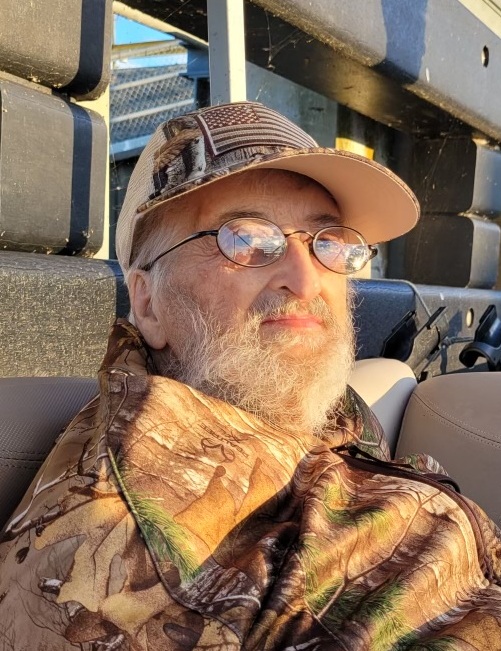 Please share a memory of Rocky to include in a keepsake book for family and friends.
View Tribute Book

Rocky David Gourley, 68, of Winamac, IN went home to be with the Lord on Tuesday, January 11, 2022.  He passed away peacefully at home surrounded by his family.  Rocky was born on October 3, 1953 in Winamac, IN at Carneal Hospital to the late Robert W. and Phyllis E. [Nice] Gourley.  He was a 1971 graduate of Kankakee Valley High School in Wheatfield, IN; the first graduating class from the new school after consolidation.  Rocky married the love of his life, Laurie Ann Lewis, on June 20, 1987 in Wheatfield at the Full Gospel Tabernacle Church.  Wedding rites were conducted by the late Rev. Roger Sculley.  Rocky retired from North White High School after 28 years where he worked as a custodian.  In his younger years, he served as Deputy Town Marshal in Wheatfield; working under his dad.
Rocky was a dedicated member of Tippecanoe Christian Church in Winamac where he taught adult Sunday school and served as a deacon and trustee.  He was also a member of the National Rifle Association, Boone and Crockett Club, National Wild Turkey Federation, and Future Farmers of America.  Rocky was a true outdoorsman who enjoyed hunting and fishing.  He held the unofficial title of “Champion Noodler”.  He was an avid Indiana University Basketball Fan (Go Hoosiers!) and strong supporter of North White High School Athletics.  Rocky was always proud of the fact that he scored a three-pointer for the Pulaski Yellow Jackets team in the Memory Lane Basketball Tournament.
Rocky was a loving husband, brother, and uncle.  He will be dearly missed by all who knew him.  Our loss is truly Heaven’s gain.

Funeral Services will be held at 11 AM EST Saturday, January 15, 2022 at Frain Mortuary in Winamac, IN with Pastor Ed Clark officiating.

Burial will take place Tippecanoe Cemetery in Winamac, IN.

To send flowers to the family or plant a tree in memory of Rocky Gourley, please visit Tribute Store
Friday
14
January

Look inside to read what others have shared
Family and friends are coming together online to create a special keepsake. Every memory left on the online obituary will be automatically included in this book.
View Tribute Book
Share Your Memory of
Rocky
Upload Your Memory View All Memories
Be the first to upload a memory!
Share A Memory
Send Flowers
Plant a Tree