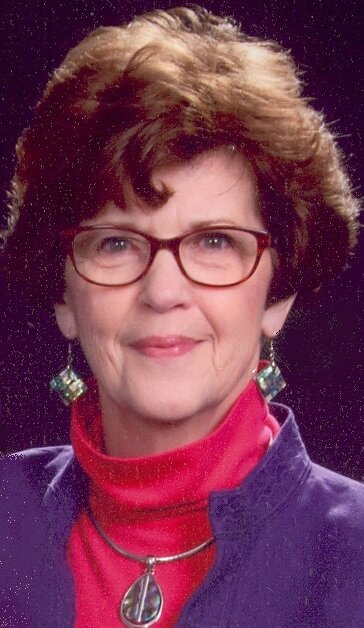 Please share a memory of Marjorie to include in a keepsake book for family and friends.
View Tribute Book

Marjorie M. “Marge” Conn, 81, of Winamac, IN passed away on Monday, November 8, 2021 at Woodbridge Health Campus in Logansport, IN.  She was born on October 13, 1940 in Knox, IN to the late Arthur and Florence Elizabeth “Betty” [Hanson] Hoffman.  After graduating from Winamac High School in 1958, she attended classes at Ball State University.  Prior to returning to Winamac, Marge briefly lived and worked in Chicago, IL.  She married the love of her life, Robert E. “Bunny” Conn, on October 22, 1960 at the Methodist Church in Winamac.  Bunny passed away on December 22, 2020.  They raised two sons and were blessed with two grandsons as well as seven great grandchildren.

First and foremost, Marge was a loving and devoted wife, mother, grandmother, and great grandmother.  She served a teacher’s aide for several years at Guidance Nursery School in Winamac.  She also served numerous years as the Administrative Assistant at the Winamac First United Methodist Church.

Marge was a longtime member of the Winamac First United Methodist Church where she served on numerous boards, committees and as a Sunday school teacher.  She also served several years the secretary of the Winamac Alumni Association.

Marge enjoyed spending time with her family and friends as well as traveling to St. Joseph, MI and Orange Beach, AL.  She also enjoyed reading and had a passion for sharing her Christian faith.  Marge will be dearly missed by all who knew and loved her.

A Celebration of Life Service will be held at 2 PM EST Sunday, June 12, 2022 at Frain Mortuary, Winamac, IN.

Entombment of cremated remains will take place at a later date in Winamac Cemetery (McKinley Addition) in Winamac, IN.

Memorial Contributions may be made to the Brian D. Conn Memorial Scholarship at the Community Foundation of Pulaski County.

To send flowers to the family or plant a tree in memory of Marjorie Conn, please visit Tribute Store
Sunday
12
June

An entombment of cremated remains will take place at a later date in Winamac Cemetery McKinley Addition, Winamac, IN.
Online Memory & Photo Sharing Event
Online Event
About this Event

Look inside to read what others have shared
Family and friends are coming together online to create a special keepsake. Every memory left on the online obituary will be automatically included in this book.
View Tribute Book
Share Your Memory of
Marjorie
Upload Your Memory View All Memories
Be the first to upload a memory!
Share A Memory
Send Flowers
Plant a Tree