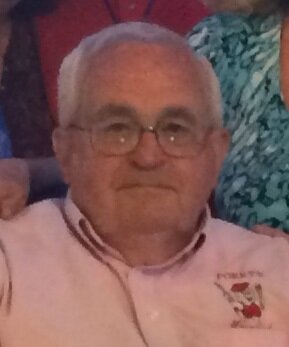 Please share a memory of Howard to include in a keepsake book for family and friends.
View Tribute Book

Howard Leslie “Les” Miller, 89, of West Lafayette, IN went home to be with the Lord on Sunday, November 7, 2021.  He passed away at Franciscan Health East Hospital in Lafayette, IN.  Les was born on February 19, 1932 in Star City, IN to the late Esther Ruth [Corts] and Howard David “Knute” Miller, Jr.  Following his graduation from Star City High School in 1950, he served in the US Air Force during the Korean War.

Les was a self-taught man of many talents.  In early 1960’s, he was a professional umpire for the New York Yankees.  He also spent several years farming as well as building and selling grain dryers.  Les took part in many successful endeavors throughout his life.  He was innovative, creative, artistic, and tech-savvy.

On August 19, 1967, Les married Nancy Eileen Cain in Oaklandon, IN.  He completed his studies at Purdue University and earned a Bachelor’s Degree in 1969.  Les and Nancy owned and operated a Charles Chips franchise and later in life, they ran Porky’s BBQ concessions.  Les was a former president of the National BBQ Association.  He never really retired.

Les was an avid Chicago Cubs and Purdue University fan.  He enjoyed watching old westerns and war movies.  He especially enjoyed riding around on his scooter at the fairs with his dog, Lilly.  Les was a beloved husband, father, grandfather, and brother.  His legacy will forever live on in the hearts of those who loved him.

Visitation will be from 5-8 PM EST Friday, November 19, 2021 at Frain Mortuary in Winamac.

Funeral Services will be held at 11 AM EST Saturday, November 20, 2021 at Frain Mortuary in Winamac with Pastor Jim Cain officiating.

Burial will take place at Star City West Cemetery in Star City, IN.  The American Legion and VFW will conduct Military Graveside Services.

Memorial Contributions may be made to Star City West Cemetery or St. Jude Children’s Research Hospital.

Arrangements have been entrusted to Frain Mortuary 305 E. Main St. Winamac, IN 46996.

To send flowers to the family or plant a tree in memory of Howard Miller, please visit Tribute Store
Friday
19
November

Look inside to read what others have shared
Family and friends are coming together online to create a special keepsake. Every memory left on the online obituary will be automatically included in this book.
View Tribute Book
Share Your Memory of
Howard
Upload Your Memory View All Memories
Be the first to upload a memory!
Share A Memory
Send Flowers
Plant a Tree