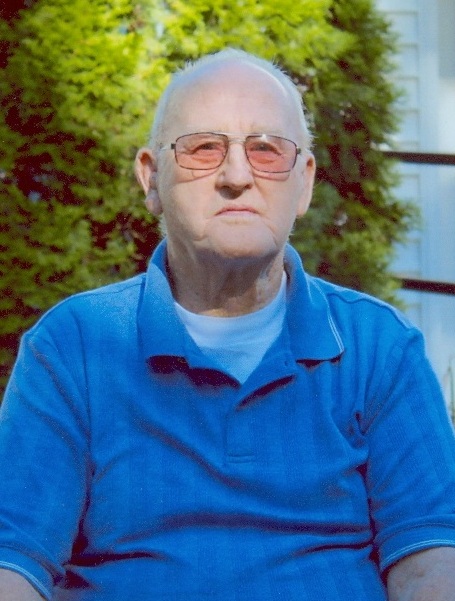 Richard Ray Brown, 91, of Winamac, IN went home to be with the Lord on Thursday, October 28, 2021.  He passed away at Hickory Creek Healthcare in Winamac following a brief illness.  Richard was born on August 11, 1930 in Medaryville, IN to the late Harry and C. Ferrell [Freeman] Brown.  The family relocated from Medaryville to Ripley, IN when Richard was six months old.  They lived in and operated the Ripley grocery store and gas station.  At the age of nine, Richard took his first job weeding mint (11 cents an hour) for Art Gumz.  He attended Ripley School (through the 8th grade) as well Ripley Gospel Chapel.   Richard worked in construction and helped build the Ripley Gospel Church building and the Memorial Chapel at Culver Military Academy in Culver, IN.  In 1950, he went on the wheat harvest in Kansas; hopping trains to get there (from Logansport, IN to Wickenburg, AZ to Kansas City, KS).  Richard began his 41 ½ year career with the Erie-Lackawanna-Conrail Railroad in 1951 and retired in 1992.  He served in the US Army during the Korean War.  In 2014, he was proud to take part in an Honor Flight to Washington, D.C.

Richard was a loving and devoted husband, father, grandfather, friend, and church-member.  On December 11, 1955, Richard married the love of his life, Eleanor L. Strand in Winamac.  She passed away on July 9, 2002.  Richard was a longtime member of Pleasant Hill Lake Bruce Community Church in Lake Bruce, IN where he served multiple terms as Trustee.  He enjoyed traveling as well as playing Pinochle and Euchre.  He also especially enjoyed tinkering and supervising at the farm.   Richard was a well-known storyteller with a sharp mind until his last day.  He was truly one-of-a-kind and will be sincerely missed by many.

Visitation will be from 4-8 PM EDT Wednesday, November 3, 2021 at Frain Mortuary in Winamac, IN.

Funeral Services will be held at 11 AM EDT Thursday, November 4, 2021 at Pleasant Hill Lake Bruce Community Church in Lake Bruce, IN

Burial will take place at Winamac Cemetery (McKinley Addition) in Winamac, IN.  The American Legion and VFW will conduct Military Graveside Services.

Memorial Contributions may be made to Pleasant Hill Lake Bruce Community Church.

To send flowers to the family or plant a tree in memory of Richard Brown, please visit Tribute Store
Wednesday
3
November