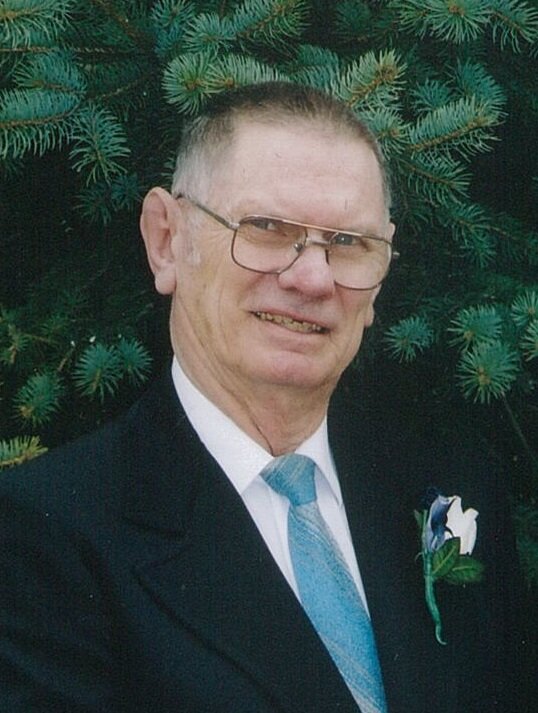 Please share a memory of Leonard to include in a keepsake book for family and friends.
View Tribute Book

Leonard Carl “Sonny” Garling, 83, of Francesville, IN went home to be with the Lord on Thursday, October 21, 2021.  He passed away peacefully at his home surrounded by his loving family.  He was born on November 13, 1937 in Francesville to the late Carl Fredrick and Tena Orpha [Kruger] Garling.  Leonard was the youngest of five children and only son, earning him the affectionate nickname of “Sonny”.  He spent his early life learning to farm with his father, teasing and being teased by his sisters, and exploring with his best friend, Merl.  When he was 18 years old, Leonard bought his first property and began to fulfill his vocation as a farmer, while simultaneously working the midnight shift at Eatons.  Leonard spent his adult life farming the land that his parents cultivated before him.

In 1963, Leonard met a young woman named Evelyn at a square dance and invited her to see an Elvis Presley movie.  They were married in a blizzard on February 27, 1965, driving through the fields to make it to their rehearsal.  After 56 years of marriage, Evelyn maintains that he pursued her.  Leonard was a dedicated member of St. James Salem United Church of Christ, serving over the years as Sunday School Superintendent, Church Board Member, and Cemetery Sexton.  Leonard loved to play music and spend time with his family.  He is remembered as a father who never missed a ball game.

Leonard will be remembered for his teasing jokes, bouncing polka skills, unfailing work ethic, easy smile, and willingness to serve his family and neighbors at any time of day or night.  His memory will be cherished and kept alive by his loving wife and family.

The family wishes to thank Elara Caring Hospice for its thoughtful service and tender care in the final days of Leonard’s life.

Visitation will be from 12 Noon – 2 PM EDT on Monday, October 25, 2021 at St. James Salem United Church of Christ in Francesville, IN.

Funeral Services will be held at 2 PM EDT on Monday, October 25, 2021 at St. James Salem United Church of Christ in Francesville, IN with Pastor Nelda Seger officiating.

Memorial Contributions may be made to St. James Salem United Church of Christ or St. Jude Children’s Research Hospital.

Arrangements have been entrusted to Frain Mortuary Querry-Ulbricht Chapel, Francesville, IN.

To send flowers to the family or plant a tree in memory of Leonard Garling, please visit Tribute Store
Monday
25
October

Look inside to read what others have shared
Family and friends are coming together online to create a special keepsake. Every memory left on the online obituary will be automatically included in this book.
View Tribute Book
Share Your Memory of
Leonard
Upload Your Memory View All Memories
Be the first to upload a memory!
Share A Memory
Send Flowers
Plant a Tree