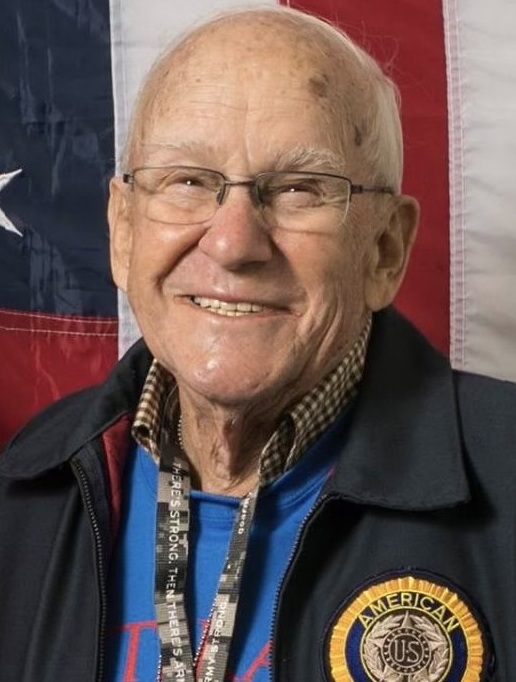 Please share a memory of Herbert to include in a keepsake book for family and friends.
View Tribute Book

Herbert M. “Herb” Cook, 92, of Francesville, IN went home to be with the Lord at 4:10 AM Saturday, October 9, 2021.  He passed away peacefully at his residence surrounded by his family.  Herb was born on May 24, 1929 in Rensselaer, IN to the late Robert and Merle R. [Mooney] Cook.   He graduated from Rensselaer High School and served in the US Army during the Korean War.  Herb married Suzanne “Suz” Gutwein on December 27, 1952 in Francesville.  She survives.

Herb was a member of the Apostolic Christian Church in Francesville.  He was a man of faith and true convictions.  Herb was passionate about helping others.  He was outgoing, friendly, and had a great sense of humor.

Herb was active in the local Republican Party.  He served many years on the Merit Board for the Pulaski County Sheriff’s Department.  He was very patriotic and was honored to be a member of a Gold Star Family (having lost his brother, Dick, during WWII).   In 2018, Herb had the privilege to participate with fellow veterans in an Honor Flight to Washington D.C.

Herb was a loving and devoted husband, father, grandfather, and great grandfather.   He enjoyed spending time with his family.  Herb will be sadly missed by all who knew and loved him.

Visitation will be from 4-8 PM EDT Tuesday, October 12, 2021 at Frain Mortuary Querry-Ulbricht Chapel in Francesville, IN.

Funeral Services will be held at 11 AM EDT Wednesday, October 13, 2021 at the Apostolic Christian Church in Francesville, IN with Ministers of the Church officiating.

Burial will take place at Roseland Cemetery in Francesville, IN.  The American Legion will conduct Military Graveside Services.

Memorial Contributions may be made to LifeWise Academy at West Central Schools, Humanitarian Distribution Center, or HarvestCall.

To send flowers to the family or plant a tree in memory of Herbert Cook, please visit Tribute Store
Tuesday
12
October

Look inside to read what others have shared
Family and friends are coming together online to create a special keepsake. Every memory left on the online obituary will be automatically included in this book.
View Tribute Book
Share Your Memory of
Herbert
Upload Your Memory View All Memories
Be the first to upload a memory!
Share A Memory
Send Flowers
Plant a Tree