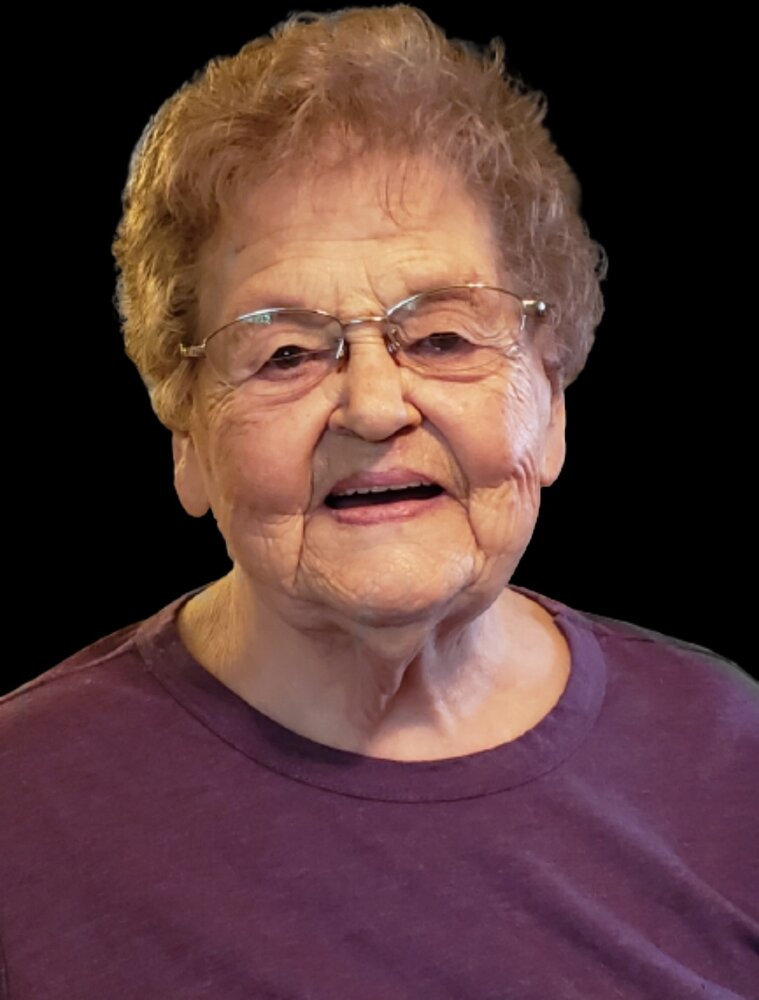 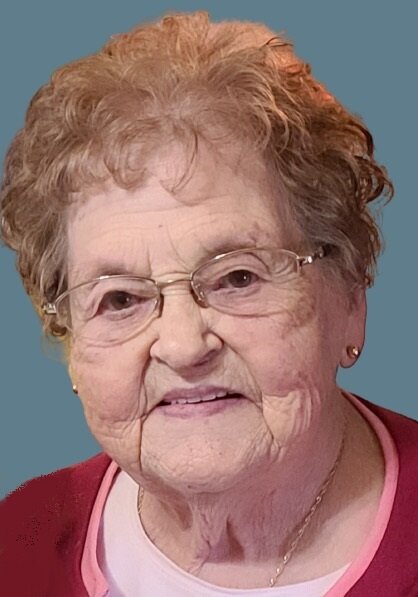 Please share a memory of Esther to include in a keepsake book for family and friends.
View Tribute Book

Esther Martha Reinhold, 96, of Monterey, IN went home to be with the Lord on Wednesday, October 6, 2021.  She passed away peacefully surrounded by her family and loyal canine companion, Zeba.  Esther was born on March 12, 1925 in Chicago, IL to the late Peter and Eva [Sturm] Mack who were of Lithuanian descent.  Esther was very proud of her heritage.  She graduated from Monterey High School in 1942.  Esther married her high school sweetheart, Valentine F. “Junior” Reinhold, Jr., on September 23, 1944.  Throughout their lives, they were inseparable, until Junior passed away on April 13, 2016.  Now they dance the streets of gold together.

Esther was a longtime member of the Monterey United Methodist Church and was very active in her younger years.  She was also a member of the American Milk Producers, Inc. and enjoyed attending the National Dairy Convention in Madison, WI with Junior.  Esther especially enjoyed crocheting and coloring.  She was an avid collector of chicken, cow, rabbit, Santa, and nut cracker trinkets and figurines.

Esther was a city girl turned farm wife, and she loved every minute of it.  She was a hard worker and had a variety of jobs throughout her lifetime.  Esther’s first job was as a courier in downtown Chicago.  She worked at Kingsbury Ordinance Plant and Culver Military Academy.   Esther was the first female school bus driver for Culver Community Schools.  Her greatest achievement was her family whom she loved very much, especially her grandchildren and great grandchildren.  Esther will be dearly missed by all who knew and loved her.

Funeral Services will be held at 2 PM EDT Tuesday, October 12, 2021 at Frain Mortuary in Winamac, IN with Rev. Nancy Foster officiating.

Memorial Contributions may be made to Monterey United Methodist Church, ALS Foundation, or Alzheimer’s Association.

To send flowers to the family or plant a tree in memory of Esther Reinhold, please visit Tribute Store
Tuesday
12
October