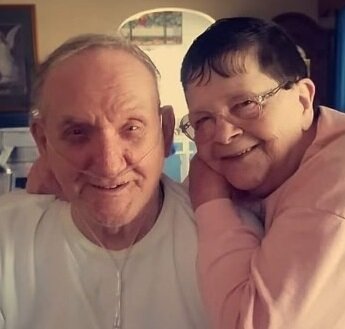 Donald Eugene Saltsman, 85, of Medaryville, IN went home to be with the Lord on Sunday, October 3, 2021. He passed away peacefully at his home surrounded by his wife and family. He was born on October 30, 1935 in Medaryville to the late Hallie and Edna [Brick] Saltsman. He served in the US Army during the Korean War. On October 30, 1957, Donald married the love of his life, Beverly Jean Moisan, at the Medaryville Christian Church. She survives.

Donald was a lifelong member and past commander of the Medaryville American Legion Post #96. Donald loved fishing, being outdoors, and making new friends. He never knew a stranger and loved helping the community. Everyone that knew  Donald would say that his greatest legacy was his jokes, laughter, and his amazing smile that could touch anyone’s heart. His sense of humor could lighten anyone’s day. Donald will be missed dearly by many.

Visitation will be from 11 AM – 12 NOON EDT Wednesday, October 6, 2021 at Frain Mortuary Querry-Ulbricht Chapel in Francesville, IN.

Memorial Contributions may be made to The American Cancer Society.

To send flowers to the family or plant a tree in memory of Donald Saltsman, please visit Tribute Store
Wednesday
6
October