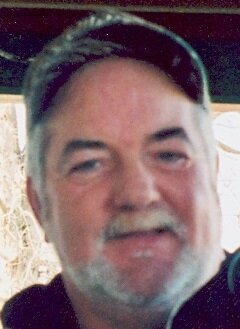 Please share a memory of Timothy to include in a keepsake book for family and friends.
View Tribute Book

Timothy Joseph Pratt, 69, of Logansport, IN went to be with the Lord on Sunday, September 19, 2021.  He was born on June 24, 1952 to the late Lindle and Cecilia [DuBois] Pratt of Pulaski County.   On July 20, 1990, Tim married Karen (Markley) Wade in Logansport, IN and they enjoyed 31 years of marriage.  Tim was a welder/machinist and had worked at Winamac Steel/Monticello Tank.  He was a truck driver for many years and retired from Merrill Brothers.   Tim became known for sporting his suspenders at work and in his leisure.

Tim was an avid bowler in many leagues and tournaments over the years.   He enjoyed hunting, fishing, and mushroom hunting with his family.  He spent many hours at the track participating in stock car racing and drag racing.   Tim won numerous trophies and awards in bowling, archery, and racing.

Tim was a passionate NASCAR fan and his favorite driver was Dale Earnhardt.  As passionate as he was about NASCAR, he always loved music.  He played in a band for several years; playing drums and bass guitar.  Tim drew inspiration from Elvis and Stevie Ray Vaughan.

Tim had Westerns on the TV 24/7 with legends like John Wayne, Clint Eastwood, and Burt Lancaster.  He took occasional breaks from Westerns to enjoy football and baseball.

Tim was a born again Christian.  He was baptized on September 1, 2021 and now his faith has become sight.

Funeral Services will be held at 1 PM EDT Tuesday, September 28, 2021 at Frain Mortuary, Winamac, IN with Rev. Rex Lamb officiating.

Burial will take place at Winamac Cemetery in Winamac, IN.

Memorial Contributions may be made to the American Cancer Society.

To send flowers to the family or plant a tree in memory of Timothy Pratt, please visit Tribute Store
Monday
27
September