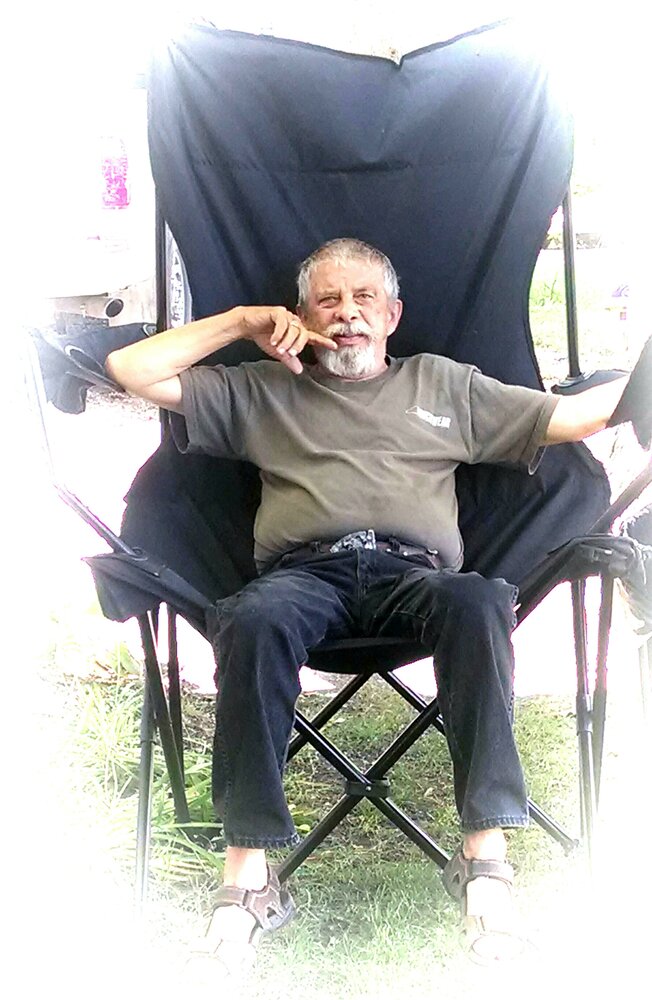 Please share a memory of Lewis to include in a keepsake book for family and friends.
View Tribute Book

Lewis Ray Hartwell, 79, of  Monticello, IN, formerly of Winamac, IN,  passed away on Tuesday, August 17, 2021 at Hickory Creek in Winamac, IN.  He was born on July 17, 1942 in Caliente , NV to Ira Eugene Hartwell and LuRae Bagshaw.  Lew was raised by his grandparents Ray and Pheby Louella Bagshaw.

Lew was a retired factory worker and  truck driver.  He had also worked as a dispatcher for North Express in Winamac. Lew served two tours in Vietnam in the US Air Force and US Army where he flew a helicopter and survived being shot down.

Lew enjoyed woodworking, winning at Yahtzee and Cubs baseball.  He was a TV westerns fan and enjoyed listening to Jan and Dean. He especially liked to sit on the porch and watch the grandkids play.  Lew loved to eat ice cream. He will be remembered by family and friends for his playful teasing.

Bernadette Hartwell, Winamac, IN   Former spouse and love of his life

At Lew’s request no services will be scheduled.

Memorial Contributions may be made to funeral home to assist the family with final expenses.

To send flowers to the family or plant a tree in memory of Lewis Hartwell, please visit Tribute Store

No services will be scheduled

Share Your Memory of
Lewis
Upload Your Memory View All Memories
Be the first to upload a memory!
Share A Memory
Send Flowers
Plant a Tree