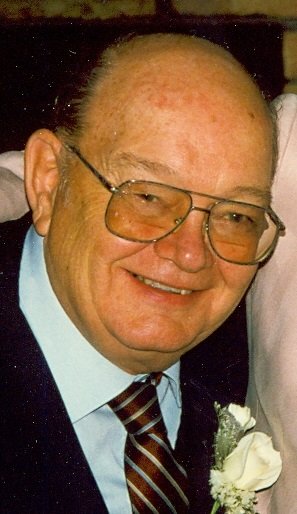 Please share a memory of Thomas to include in a keepsake book for family and friends.
View Tribute Book

Thomas Earl “Tom” Sullivan, 92 of Knox, IN (formerly of Dyer, IN) passed away Monday, August 9, 2021 at Wintersong Village in Knox.  He was born on April 11, 1929 in Blairville, IL to the late William Charles and Sarah [Carter] Sullivan.  Tom served in the US Army Airforce during WWII.  He was a member of the American Legion Post # 720 and VFW Post #748 in Knox.  Tom was a member of Glen Park Lodge #732 F&AM in Valparaiso, IN and the Scottish Rite in South Bend, IN.  He spent most of his life in Dyer and moved to Knox to live with his daughter, Paula, his granddaughter, Staci, and his great granddaughter, Alicia, who lovingly cared for him.  Tom was loved by many and will be dearly missed.

Graveside Services with Military Honors will be held at 2 PM EDT (1 PM CDT) on Tuesday, August 17, 2021 at Crown Hill Cemetery in Knox, IN with Chaplain Tim Lee officiating.

Burial will take place at Crown Hill Cemetery in Knox, IN.

A Celebration of Life will take place at the Party Barn immediately following Burial.

Memorial Contributions may be made to Kindred Hospice.

To send flowers to the family or plant a tree in memory of Thomas Sullivan, please visit Tribute Store
Tuesday
17
August