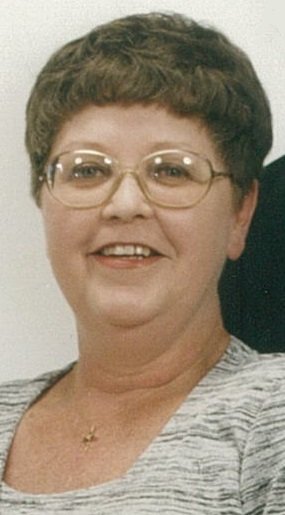 Jerri Woodley of Winamac IN was called home on Mother’s Day, May 9th at her home after a long struggle with COPD. Jerri was born on October 17th 1952 in Neptune NJ on the Jersey Shore to the late Earnest and Marguerite Miller. She grew up in Wall Twp. NJ and graduated high school in that town. In high school, she was a gifted athlete specializing in field hockey.

While in high school, Jerri worked as a legal secretary and this became her profession for the next 30 years. In 1972, Jerri met her future husband Tom Woodley. They were married in 1974. At the time of her death, they had celebrated 46 years of marriage. In 1977 she gave birth to her beloved son Mason who she loved so dearly and has spoiled his entire life.

Jerri was a gifted needlepoint artist doing museum quality work until her health caused her to stop. In the past 10 years Jerri operated a successful EBay store selling crochet, knitting and canvas art work patterns and books with customers in every state in the union.

In 2004 her husband Tom entered the ministry as a Lutheran Pastor and Jerri became a pastor’s wife. She was active and supported the ministry until her health began to diminish. In 2010, Jerri moved to Winamac after Tom accepted a call to St Luke Lutheran.

At home on Mother’s Day, with Tom and Mason by her side, she passed peacefully into the Lord’s care.

Jerri is survived by:

Jerri was a very private person and did not want a public funeral. Her desire was to be cremated and have a private family service. This will occur at a future time to be announced.

To send flowers to the family or plant a tree in memory of Jerri-Ann Woodley, please visit Tribute Store

Cremation Arrangements have been entrusted to Frain Mortuary in Winamac, IN.
Share Your Memory of
Jerri-Ann
Upload Your Memory View All Memories
Be the first to upload a memory!
Share A Memory
Send Flowers
Plant a Tree