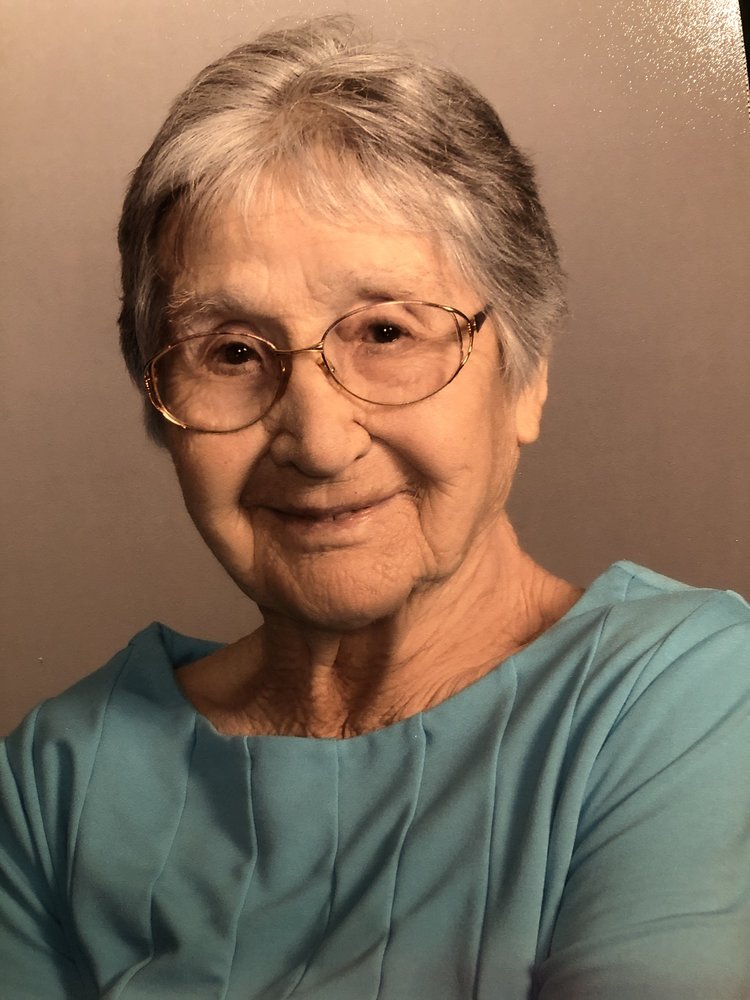 Please share a memory of Lela to include in a keepsake book for family and friends.
View Tribute Book

Lela Belle Sandifur, 103, of Leesburg, Florida, formerly of Winamac, Indiana, passed away peacefully at the home of her daughter on January 26.

Lela was born July 29, 1917 in Rensselaer as the fourth child of Willard and Goldie (Wolfe) Tanner.  She grew up a farmer’s daughter along with twelve siblings.  She graduated from Medaryville High School in 1935.

Lela married Bruce More Sandifur on March 3, 1940 in North Salem, officiated by Rev. Elwood Dunn.  They started life together in Knox, settled in Medaryville until 1948 before moving to La Porte where they raised their three children.  In 1972 they moved to Winamac to live out their retirement years and celebrated 59 years of marriage before Bruce passed away in 1999.

Lela was a housewife who loved baking, especially pies, mowing the lawn, gardening, canning and crocheting afghans for family and friends.  In her later years she crocheted over 200 lap afghans for nursing homes until her eye sight diminished.  In 2013 she moved, along with her daughter, to Florida to be closer to her son.

She was an active member of the Christian Church and instrumental in organizing the Maple City Christian Church in La Porte.  She loved helping others and faithfully serving her Lord.  She raised her children to know the importance of family, the meaning of love and the power of faith.

Memorial and graveside service will be held at a later date.

To send flowers to the family or plant a tree in memory of Lela Sandifur, please visit Tribute Store

A Memorial Tree was planted for Lela
We are deeply sorry for your loss ~ the staff at Frain Mortuary, Inc. - Winamac
Join in honoring their life - plant a memorial tree
Online Memory & Photo Sharing Event
Online Event
About this Event

Look inside to read what others have shared
Family and friends are coming together online to create a special keepsake. Every memory left on the online obituary will be automatically included in this book.
View Tribute Book
Services for Lela Sandifur
There are no events scheduled. You can still show your support by sending flowers directly to the family, or planting a memorial tree in memory of Lela Sandifur.
Visit the Tribute Store
Share Your Memory of
Lela
Upload Your Memory View All Memories
Be the first to upload a memory!
Share A Memory
Send Flowers
Plant a Tree