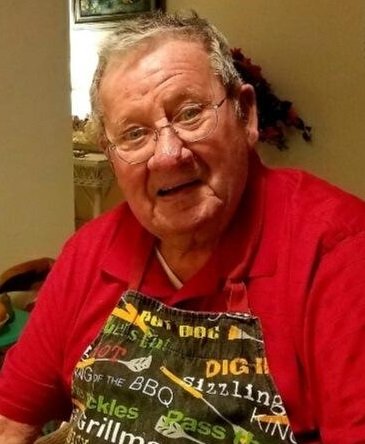 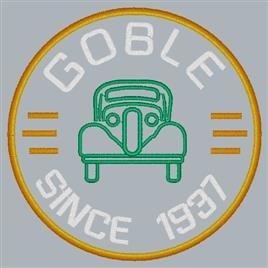 William Charles “Bill” Goble, 89, of Winamac, IN passed away at 11:30 PM Wednesday, February 17, 2021 at the Franciscan Health Hospital in Lafayette.  Bill was born on March 25, 1931 in Moline, IL to the late Orland and Kathryn (Miller) Goble.  Bill, his sister Anna Sue and his parents moved to Winamac from Illinois to be closer to family when he was still a young boy.  He attended Winamac High School where he played on the basketball and baseball teams, and then attended Indiana University.  While at IU Bill was an active member in Sigma Chi Fraternity, Lambda Chapter, serving as pledge trainer & house manager, he was also team manager for the IU Baseball team. He was lettered and a member of the I-Man’s Club. Bill attended IU School of Business graduating with the class of 1953.  Bill and his wife Sandy shared in their love of being loyal IU alumni and attending homecoming football games down in Bloomington.  Bill of course was also your typical IU Hoosier Basketball fan.

Bill was an accomplished pilot who based his green Cessna at Aren’s Field Airport. He would regularly go for Sunday flights over the family farms and up to Lake Michigan after buzzing his wife Sandy at the house. Bill would never miss the opportunity to make a landing at a weekend fly-in pancake & sausage breakfast at various airports with friends and family. He even flew his Cessna on a cross-country trip from Winamac all the way to the Bahamas and back with the help of his friend John Kelly who was a World War II, B-52 Navigator and owner of the local ace hardware store.

As a community minded individual, Bill was a member of the First United Methodist Church, Kiwanis, the Moose Lodge, the Shriners and the Masonic Order. He was a member of Royal Center Lodge #585 F&AM. He received his Award of Gold on March 9th 2004.  Along with his wife Sandra they founded the William Orland (Billy) scholarship which is awarded each year to Winamac High School recipients.  Bill and Sandy also funded construction of a river overlook at Tippecanoe State Park in memory of their son Greg.

As an entrepreneur, Bill was also very active in the business community.  He started his Winamac business career as a young boy selling rides to friends on his pet pony. As a young teen he was the usher at the local ISIS movie theater and head bag/stock boy at the A&P grocery store.  When Bill returned to Winamac after college he became the local beer distributor. There was never a time when he’d stop in at Bill & Babes that he wouldn’t tell the stories of his good old delivery days where he would often deliver beer to them as a young man. Later in life Bill became an accomplished property developer, property manager, new car dealer and farmer. He also was owner of the Broken Arrow campground at one time, served as a member of the Board of Directors for Key Bank, the board of the Winamac Airport and the Pulaski County Alcoholic Beverage Committee. He was a founding member of the local men’s Investment Club and a member of the National Automobile Dealers Association.  Over his lifetime Bill has been honored, recognized and awarded with several General Motors milestones.

Bill enjoyed his social time as a member of the Indiana Society of Chicago. As an avid golfer he could be found out at Moss Creek every Wednesday night men’s league and Sunday afternoon in his bright red golf cart.  And of course, spending time at his home in Key West.  Key West was more than just a part-time respite for Bill.  His first experience was as an 18 year old when he and Jesse Spurgeon along with some other local high school boys hitchhiked from Winamac to Key West. Bill would always delight you with the memory of the $25 round trip flight from Key West to Cuba with a three night hotel stay and all the rum you could drink.  He would spend weeks at time there with his parents, his sister and later on with his loving wife Sandy all with whom he made many lasting memories.  Bill was also a lover of dogs and had a soft spot for English Bulldogs and Boxers.  Over the years Homer, Hector, Barney, Chrissy, Duke, Jack, Einstein and Casey would be seen sitting shotgun going for a Sunday afternoon ride with Bill.

Bill was a hard worker who could almost always be found at his car dealership or running around town in his bright red GMC truck. Except from 10am to 11am every day when he would gather with other local businessmen at the coffee shop for the latest gossip and farm reports.  Each week for over 50 years this group of men would meet 6 days a week for coffee, liar’s poker and a three coin toss to see who pays for the coffee that day.  He was known to throw very festive Christmas parties at the dealership back in the day... anyone who ever attended one knows about that.  Bill was a proud family man. Bill married Sandra Sue Dillman June 15th 1957 and together they raised four boys; Billy, Greg, Brad and Kirby. He was a loving grandfather to Hunter, Shelby, Samantha, Savannah, Brandy, Hanna, Palmer and great-grandfather to Kayson, Cash and Scout.  Bill is preceded in death by his wife Sandra and two sons Billy and Greg.

He is survived and will be missed by:

Private Services will be held at Frain Mortuary in Winamac, IN.

Private Burial will be at Winamac Cemetery (McKinley Addition) in Winamac, IN.

To send flowers to the family or plant a tree in memory of William Goble, please visit Tribute Store

Private Services will be held at Frain Mortuary in Winamac, IN. Private Burial will be at Winamac Cemetery (McKinley Addition) in Winamac, IN.
Share Your Memory of
William
Upload Your Memory View All Memories
Be the first to upload a memory!
Share A Memory
Send Flowers