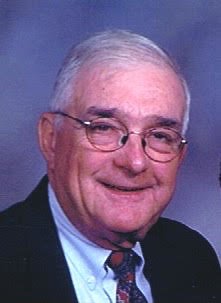 Robert E. “Bunny” Conn, 84, of Winamac, IN passed away on Tuesday, December 22, 2020 at IU Health Methodist Hospital in Indianapolis, IN.   He was born on January 30, 1936 in Winamac to the late Roger and Helen [Ash] Conn. Bunny graduated from Winamac High School in 1954 and earned a Bachelor’s and Master’s Degree from Indiana State University in Terre Haute, IN.

On October 22, 1960, Bunny married the love of his life, Marjorie M. Hoffman, in Winamac at the First United Methodist Church.  They raised two sons and were blessed with two grandsons as well as seven great grandchildren.  Bunny and Marjorie enjoyed their travels Orange Beach, AL in their retirement years.

Bunny was a lifelong junior high teacher at Royal Center School (which became Pioneer Regional School Corporation after consolidation in the 1960’s) where he enjoyed teaching science, health, math, and physical education.   Bunny also enjoyed coaching track, cross country, basketball, and baseball as well as officiating as a referee for girls and boys junior high basketball.  When he was not shaping the minds of his students and athletes, he worked construction on weekends, summers, and school holidays.

Bunny was a lifelong member of the First United Methodist Church, where he served on numerous boards and committees.  He served on the meal committee, serving dinners for funerals as well as the weekly Kiwanis meetings.  He was well known and respected for teaching Sunday school to the Methodist youth for 62 years and delivering over 700 children’s sermons!  On occasion, Bunny would fill the pulpit in area churches as a lay speaker.

Bunny gave back to the community he loved so dearly with nine years as a Community Foundation of Pulaski County board member.   He loved gardening and sharing his harvest with family, neighbors, and friends.    Bunny was a kind and generous man who will be dearly missed by so many.

A Celebration of Life Service will be held at a later date.

Memorial Contributions may be made to the Brian D. Conn Memorial Scholarship at the Community Foundation of Pulaski County.

To send flowers to the family or plant a tree in memory of Robert Conn, please visit Tribute Store

A Celebration of Life Service will be held at a later date. Burial will take place at Winamac Cemetery (McKinley Addition) in Winamac, IN.
Share Your Memory of
Robert
Upload Your Memory View All Memories
Be the first to upload a memory!
Share A Memory
Send Flowers