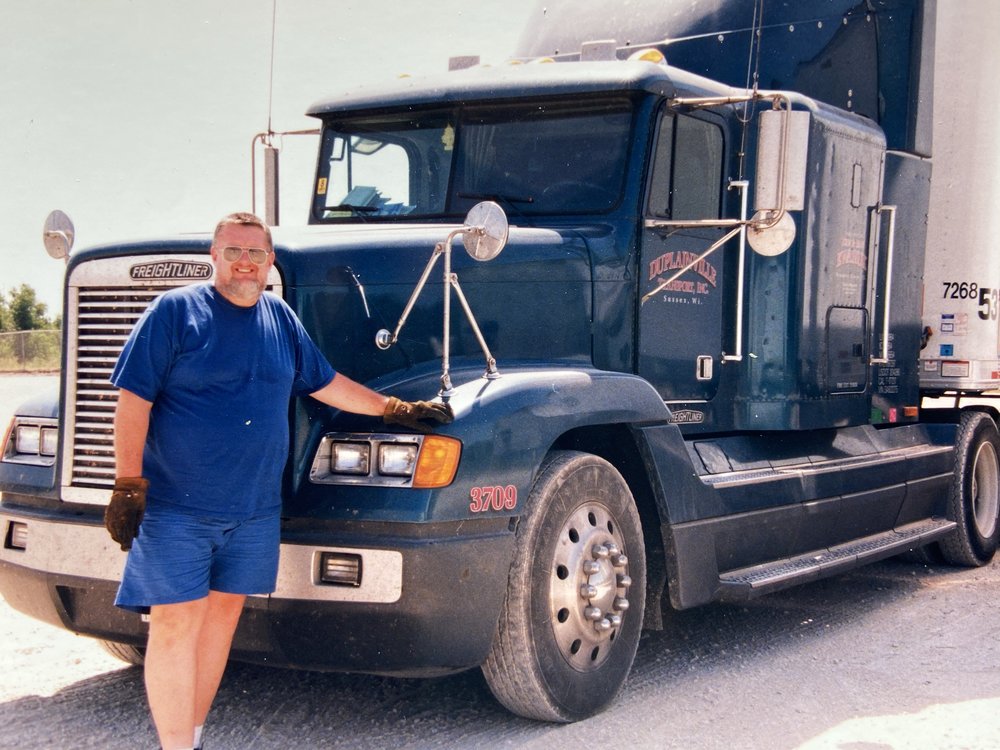 John D. Ewasiuk, 75, of Medaryville, IN (formerly of Downers Grove, IL) passed away peacefully on Monday, November 16, 2020 at his home.  He was born on June 20, 1945 in Chicago, IL to the late John and Mary [Jurucek] Ewasiuk.  In 1965, John graduated from Hinsdale High School in Hinsdale, IL.  Following high school, he completed his studies at DeVry Technical Institute in Chicago.  John served in the US Marine Corps Reserves for several years.  On July 29, 1967, he married Jean Fox in LaGrange, IL.

John was a lifelong truck driver, owning and operating his own rig for nearly 50 years.  Upon retirement, John and Jean moved to Medarvyille full-time.  John enjoyed being on the road and tinkering in the garage.  He was very fond of his pets, cats and dogs alike.   John cared deeply for his family in his own way.  He will be deeply missed.

Memorial Contributions may be made to the Pulaski Animal Center.

To send flowers to the family or plant a tree in memory of John Ewasiuk, please visit Tribute Store

No Services will be held
Share Your Memory of
John
Upload Your Memory View All Memories
Be the first to upload a memory!
Share A Memory
Send Flowers