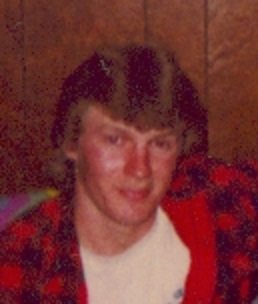 Eric Darrell Tibbs, 54, of Winamac, IN passed away on Saturday, October 10, 2020 at St. Vincent Hospital in Indianapolis, IN   He was born on August 23, 1966 in LaPorte, IN to Ronald and Sally Allen Tibbs. Eric was raised by Albert and Constance Woodard Allen. He was married on September 3, 1989 to the love of his life.

Eric was employed as a welder at GalFab in Winamac. He was a member of FOE 2580 in Winamac and the Sons of the American. Eric enjoyed playing golf with his cousin Rod at Moss Creek Golf Course in Winamac. He enjoyed fishing and hunting with his kids and grandkids. Eric loved shooting pool at the Eagles hall.

Eric had a heart of gold and was always ready to help a friend. More than anything in the world, Eric loved his three daughters and his grandchildren.

Funeral Services will be held at 2 PM EDT on  Saturday October 17, 2020 at Frain Mortuary in Winamac, IN with Pastor Ezequiel Rosado officiating.

Memorial Contributions may be made to the family to assist with final expenses.

To send flowers to the family or plant a tree in memory of Eric Tibbs, please visit Tribute Store
Saturday
17
October

An Eagles service will be held at 1:30 PM EDT at the funeral home.
Share Your Memory of
Eric
Upload Your Memory View All Memories
Be the first to upload a memory!
Share A Memory
Send Flowers