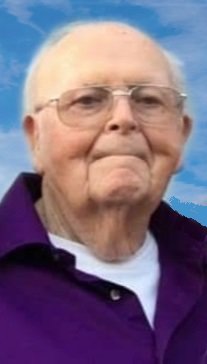 Charles L. “Charlie” McKinley, 87, lifelong businessman from Winamac, IN passed away at 7:40 PM Sunday, July 5, 2020 at home with his family by his side.  He was born August 6, 1932 in Winamac to the late Lon and Flo Lebo McKinley.  Charlie graduated from Winamac High School in 1951.   He served in the US Army during the Korean War.  After returning home from the service, Charlie went to work as a stone carver for his father at Winamac Granite & Marble Works and also as caretaker of the newly developed McKinley Memorial Gardens.   On September 20, 1968, Charlie married Joyce Widup Needham at the First Christian Church in Winamac.  In January 1969, Charlie and Joyce purchased the monument business from Lon which they would develop into the well-known downtown business, McKinley Monuments.  Charlie dedicated his life to serving the community and did so in a kind and caring way.  He retired in 2009 – leaving a legacy of hard work and compassion.  In 2018, Charlie received the prestigious HJ Halleck Community Service Award.

Charlie enjoyed traveling all over the United States and Europe with his wife.  He also enjoyed fishing in Canada.  Charlie loved his family, especially spending time with his grandchildren and great grandchildren.  He will be deeply missed by all who knew and loved him.

Preceded in death by:
Lon and Flo Lebo McKinley, Parents

Visitation will be from 2-8 PM EDT Thursday, July 16, 2020 at Frain Mortuary in Winamac, IN.  Kiwanis, Eastern Star, and Masonic Services will be held starting at 8 PM Thursday at the funeral home.

Funeral Services will be held at 11 AM EDT Friday, July 17, 2020 at Frain Mortuary in Winamac, IN with Pastor Jeff Seger and Youth Pastor Brandon Shatto officiating.

Burial will take place at Winamac Cemetery (McKinley Addition) in Winamac, IN.  The American Legion and VFW will conduct Military Graveside Services.

Memorial Contributions may be made to the First Christian Church in Winamac, IN or Kindred Hospice in Rochester, IN.

To send flowers to the family or plant a tree in memory of Charles McKinley, please visit Tribute Store
Thursday
16
July