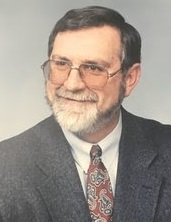 Harold Orville Rife, 73, of Camby, IN went home to be with the Lord Thursday, June 11, 2020.  He passed away following a short battle with lung cancer.  The oldest of seven children, Harold was born on June 25, 1946 in Rochester, IN to the late Orville L. and Lucille Mae Goble Rife.  He graduated from Star City High School in 1964 and in 1970, he earned a Bachelor’s Degree in electrical engineering from Purdue University. Harold had a distinguished career with Crane Naval Surface Warfare Center Base in Crane, IN and retired in 1995.  Following retirement, he earned a Master’s Degree in electrical engineering from Purdue University and went on to teach electrical engineering technology at IUPUI and ITT Technical Institute.  Harold was the founder and board president of Lean Problem Solving Academy, a non-profit that taught soft skills for the workplace.

Harold was a member of the Masonic Lodge.  He enjoyed genealogy, playing golf, and being outside.  Harold lived an active life but never missed an opportunity to sit and have a good cup of coffee.

Harold was a loving father, grandfather, son, and brother. He loved family gatherings, especially cookouts (you could always count on Harold to bring the veggie tray).  Harold will be deeply missed by all who knew and loved him.

Visitation will be from 4-8 PM EDT Friday, June 19, 2020 at the First Baptist Church in Francesville, IN.

A Masonic Service will be held at 8 PM EDT at the church on Friday.

Funeral Services will be held at 10 AM EDT Saturday, June 20, 2020 at the First Baptist Church in Francesville, IN with Pastor Dennis Gutwein officiating.

A recording of the Funeral Services will be uploaded to the funeral home website and Facebook page.

Burial will take place at Paul’s Chapel Cemetery in Winamac, IN.

Memorial Contributions may be made to First Baptist Church in Francesville, IN or Paul’s Chapel Cemetery in Winamac, IN.

To send flowers to the family or plant a tree in memory of HAROLD RIFE, please visit Tribute Store
Friday
19
June