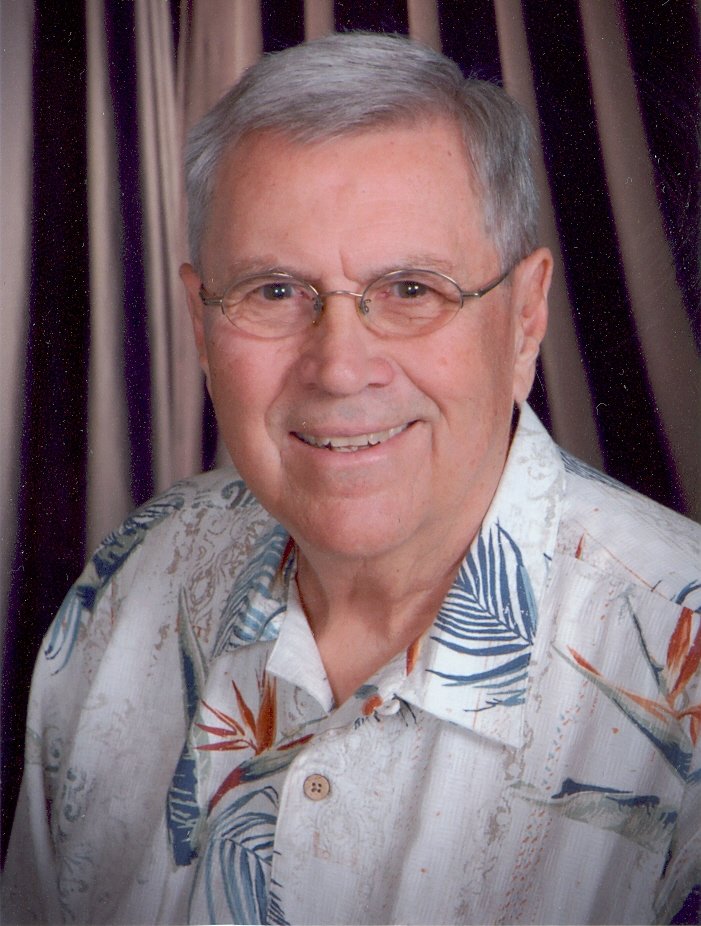 Gerald L. “Jerry” Ash, 81, of Kewanna, IN went to be with the Lord at 11:32 PM on Thursday, May 14, 2020 at the Auburn Village Skilled Nursing Facility in Auburn, IN.  He was born on October 21, 1938 in Winamac, IN to the late Argyl and Kathryn Graffis Ash.  Jerry graduated from Winamac High School in 1956 and earned his Bachelor’s Degree at Indiana State University in 1961.  Jerry married Judith Lebo on February 5, 1961 at the Methodist Church in Winamac, IN.

He taught at Willowdale Elementary for four years.  Willowdale was the smallest elementary in the Elkhart school system.  He was teacher and coach to fifth and sixth graders.  One of those years his team won the city championship.  While teaching, he was a candidate for “Teacher of the Year”.

He went on to work at CTS Corporation in Elkhart for 14 years as personnel director.  While employed there he was voted “Boss of the Year” by the American Business Women’s Association.

After leaving CTS he was employed by Miles Laboratories which later became Bayer Cooperation. He served as a human resources director/security in their diagnostic division.  For many years, he also coordinated their executive development program, a joint venture with the University of Notre Dame.  He retired from Bayer Corporation in 2000.

Jerry served on the following boards:

Mahseh Center, Board of Directors

After retirement, Jerry and Judy traveled extensively in their motor home. They moved to Lake Bruce, IN from Granger, IN in 2006.

Jerry loved the Lord and his family.  He loved telling his made up stories of “Sarah and Levi” to his grandchildren and playing catch with his grandsons.  After having brain surgery in 2013, his struggles were many.  But, he fought the good fight. We love you Jerry, Dad, and Grandpa; God loves you more. You will be greatly missed.  We will see you again in Heaven.

“The eternal God is your refuge, and his everlasting arms are under you” – Deuteronomy 33:27

Burial will take place at Saint Joseph Valley Memorial Park in Mishawaka, IN at 2 PM EDT Friday, May 22, 2020.

Memorial Contributions may be made to Focus on the Family.

*Due to COVID-19 restrictions, visitation will be limited to groups of ten guests and social distancing.  You may sign up for visitation at www.frainmortuary.com or by calling the funeral home at 574-946-3222.  While there are no longer limitations on the number of guests for funeral services, social distancing must be observed at all times.

To send flowers to the family or plant a tree in memory of Gerald "Jerry" Ash, please visit Tribute Store
Thursday
21
May