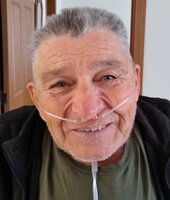 John Klein, 84, of Winamac, IN passed away on Wednesday, January 18, 2023 in Panama City Beach, FL.  He was born on January 30, 1938 in Romania to the late John and Maria [Gross] Klein, Sr.  John married Theresia Plach on November 7, 1967 in Germany.  She survives.  They enjoyed spending winters in Florida.  John enjoyed gardening.  In his younger years, he enjoyed snow skiing and swimming in the pool.   John will be dearly missed by his family.

Services will be held at 12 Noon EST Saturday, January 28, 2023 at Frain Mortuary in Winamac, IN with Pastor David Norris officiating.

Burial will take place at Winamac Cemetery (McFarland Addition) in Winamac, IN.