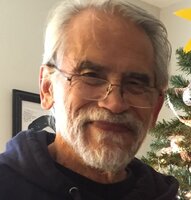 David Anderson Lyman, 79, of Koontz Lake, IN passed away on Thursday, September 22, 2022.  He was born on October 21, 1942 in Dodge, NE to the late John and Alice [Anderson] Lyman.  David was raised as an outdoorsman in Colorado.  He was an Eagle Scout, an avid mountain climber, and adventurer.  For many years, David was a geologist based out of Canada.  He loved life in British Columbia, Canada.  He recently retired from Norton Packaging in Hamlet, IN.