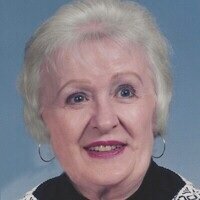 Virginia Lou “Ginny” [Raderstorf] Konrady, 90, of Hammond, LA passed away on Friday, July 23, 2021 at the Richard Murphy Hospice House in Hammond.  She was born on August 19, 1930 in Winamac, IN to the late George Albert and Anna [Yager] Raderstorf.  Ginny graduated in 1948 from Pulaski High School in Pulaski, IN where she was a drum majorette.  She went to nursing school, was a hospital personnel director, and held a variety of secretarial and receptionist positions until she retired.  She had the opportunity to travel throughout the country during her marriage.  She lived in Lake City, FL and Orlando, FL before making her home in Hammond in 2000.  She was a lifelong Catholic and current member of Holy Ghost Catholic Church.  Ginny was a devoted wife and mother.  Her most important efforts and greatest joys were in raising her two children, and later in enjoying every aspect of being a grandmother.  She also loved animals, always had up to two cats, and her kitties were known to be living the high life.  Ginny was a ray of sunshine to everyone who knew her; bringing a positive “can do” attitude to any situation.  She lived her life with grace, dignity, and respect for others.

A Funeral Mass was held at Holy Ghost Catholic Church in Hammond, LA.

Private Burial will take place at St. Joseph Cemetery West in Pulaski, IN.

Memorial Contributions may be made to Richard Murphy Hospice House at richardmurphyhospice.com.