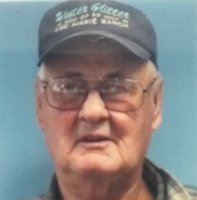 Eugene Edward “Gene/Buzz” Bogash, 80, of Bondurant, IA passed away peacefully on Tuesday, May 18, 2021 at his home in Bondurant.  He was born on January 9, 1941 to the late Frank and Leona [Leslin] Bogash.  Gene was a 1960 graduate of North Judson High School in North Judson, IN, where he was a four-year star basketball player for the Blue Jays.  Following high school, he continued to be a dominating player at Wilmington College (North Carolina) and was later inducted into the National Jr. College Basketball Hall of Fame.  He completed his education earning two degrees from Drake University in Des Moines, IA, where he furthered his successful basketball career and was recognized as one of Drake's all-time great athletes.

Gene owned and operated the Lee Marie Ranch, where he raised thoroughbred horses.  He was very involved in Prairie Meadows Racetrack and The Iowa Thoroughbred Breeders and Owners Association as well as many other organizations.

Many cousins and close friends

He was preceded in death by:

A Celebration of Life Gathering will be from 4-7 PM Wednesday, June 16, 2021 at Fogarty Farms in Bondurant, IA.

Graveside Services will be held at 10 AM EDT Friday, June 18, 2021 at Winamac Cemetery (McKinley Addition) in Winamac, IN with Pastor Tom Woodley officiating.

In lieu of flowers, memorial contributions may be made to Permanently Disabled Jockey Fund (PDJF) PO Box 803 Elmhurst, IL 60126.