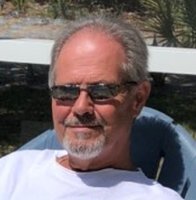 Bill was a member of the St. Luke Lutheran Church in Winamac, IN and the NRA.

Bill was retired from Plymouth Tube Co in Winamac. He had worked there for 41 years.

Bill enjoyed hunting, target practice and fishing. He loved to exercise frequently. Bill liked to spend time on the beach in Florida. He was an avid poker player.

He will be sadly missed by his family and friends.

Funeral Services will be held at 11 AM EDT Friday, May 28, 2021 at St. Luke Lutheran Church in Winamac, IN with Pastor Tom Woodley officiating.

Visitation will be from 3-7 PM EDT Thursday, May 27, 2021 at Frain Mortuary in Winamac, IN and one hour prior to services at the church Friday.

Burial will take place at Mt. Zion-Franklin Township Cemetery in Winamac, IN.

Memorial Donations may be made to St. Luke Lutheran Church.