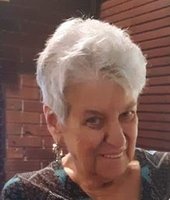 Judith E. “Judy” Stinemetz, 77, of Winamac, IN passed away unexpectedly on February 8, 2020 at Pulaski Memorial Hospital in Winamac. She was born on August 30, 1942 in Winamac to the late Harold and Iris Fern Kersey Shannon. Judy graduated from Winamac High School in 1961. On June 23, 1984, Judy married George Joseph Stinemetz. George survives. Judy was retired from Pulaski Memorial Hospital after 37 years. She had worked as the Dietary Manager and Environmental Services Manager. She was currently employed at Refined in Winamac. She had a lifelong history as a volunteer. Judy managed the food pantry at Pulaski County Human Services. She served on the Hospital Auxiliary and the VFW Auxiliary. She had served as bartender and bar manager at the Winamac Moose for many years. She was a member of the Eagles in Winamac. Judy was active in the Winamac High School Alumni organization. She was active in Republican Party politics in Pulaski County and had served as an election officer for many years. She often volunteered for fundraisers in the community. Judy received the HJ Halleck Community Service Award in 2015. Judy enjoyed raising flowers, playing cards, and spending time with her family, especially her grandchildren. She was a wonderful caregiver to her husband George. She is survived by: George Stinemetz, Husband Burke (Sonya) Tarble LTC, USA (Ret.), Son Brenda (Robert Coble) McIntosh, Daughter Gerry Jo (Kenny) Whitehead, Daughter Missy Rehm, Daughter Susan (Paul) Stearns, Daughter Mike Stinemetz, Son 14 Grandchildren 16 Great Grandchildren Joan Ryder, Sister Jack (Brenda) Shannon, Brother Several Nieces and Nephews Preceded in death by: Harold and Iris Fern Kersey Shannon, Parents Daniel Reedy, Grandson Alivia Stahl, Great Granddaughter Julia Shannon, Sister Betty McCord, Sister Janet Willis, Sister Jerry Shannon, Brother Visitation will be from 3-8 PM EST on Tuesday, February 11, 2020 at Frain Mortuary in Winamac, IN. There will be a Winamac VFW Auxiliary Service at 7 PM EST at the funeral home. Funeral services will be at 11 AM EST on Wednesday, February 12, 2020 at Frain Mortuary in Winamac, IN with Rev. Michelle White officiating. Burial will be in the Mt. Zion-Franklin Township Cemetery in Winamac, IN. Memorial Contributions may be made to Cystic Fibrosis Foundation in memory of Daniel Reedy. Online Tributes may be offered at www.frainmortuary.com Arrangements have been entrusted to Frain Mortuary in Winamac, IN.